Queen Manthatisi is known by few but was a warrior who led men to protect the Tlokwa people in the 1800’s. The name alone Queen Manthatisi was feared and dreaded in the early 19th century. As a warrior she led strong men to ward off enemies including British invaders and protected her territory during the southern African slave trade. In the midst of the Mfecane/Difaqne wars, a period of mass migration, Manthatisi used her bravery, power, dedication and staunch character to keep her people together. She was not only a queen, but the very soul of the army and was very influential across southern Africa in her time. Manthatisi tribe became known as Balefe and during her reign, they became to be known as boo-Manthatisi or Manthatee Horde by the English. Historians have described her as “beautiful, regal, powerful, and intelligent.” She was known as a capable, strong and brave leader in times of peace and war.  Some chiefs surrounded her instead of going to war with her.

Queen Manthatisi had came to power as the regent for her son Sekonyela following the death of her husband Kgosi Mokotjo. She shot to fame because Sekonyela was too young to rule and after her husband had paved the way for a very young Sekonyela to take over. Manthtisi had to step in quickly as the regent of Batlokoa- near present day Lesotho. This was the beginning of her story and her entry into the history books. In her early life she was born Monyalue, and was the daughter of Mothaha, a chief of the Sia tribe. She was born in what is now South Africa’s Free State Province, in the area of the present-day town of Harrismith. She was described as a tall, attractive, light in complexion, beautiful girl. She was said to have good manners and was admired for her intelligence. At a young age she was married off to a cousin named Mokotjo, who was the chief of the Batlokwa. The two had a daughter Nthatisi, and two sons, Sekonyela and Mota. 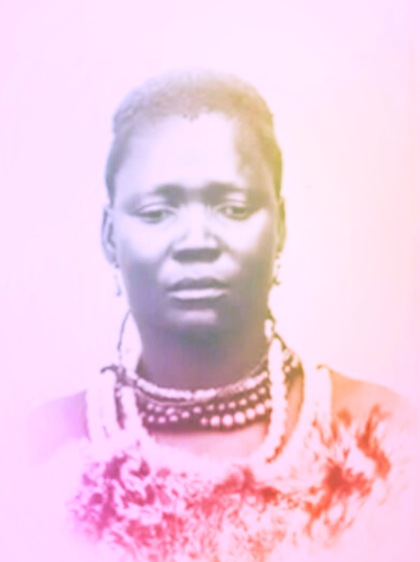 Her kingdom had come under intense attack by AmaHlubi (led by Mpangazitha) and AmaNgwane. They attacked Manthatisi and her followers in the early hours of the morning as to catch them off guard. Although unprepared, her brave warriors fought Mpangazitha and his troops. Yet in this one night, the world of Batlokwa would be changed forever. Their attacks were so furious that Manthatisi and her followers were forced to flee and abandon all their possessions. They lost most of their family members,  their homes, and most of their cattle and possessions. Manthatisi ended up leading her followers westward and do what her people were known for, which was to fight. A number of smaller tribes joined her and under her leadership in search of relative security. The tribe grew and wrecked havoc for Sotho tribes. Manthatisi became so powerful, she ruled over 40,000 people. She exercised her duties as a chief, consulted elders for advice, advancing her political and military authority and adjucating disputes. Her subjects started to referring to themselves as Manthatisis, a tribute given to powerful chiefs.